What is Augmented Reality? 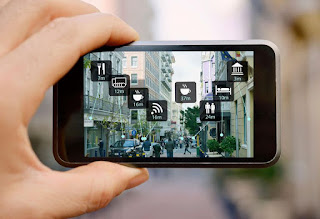 Augmented reality can be applied to all senses, including hearing, touch, and smell. In addition to being used in areas such as healthcare, the military, manufacturing industry, embedded reality has also been applied in devices that people use, such as on mobile phones. See also Top 10 Best Virtual Reality Apps For Your Smartphone